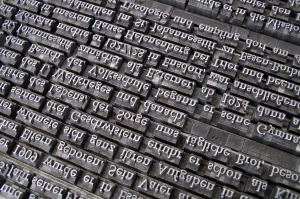 A selection of articles written for a variety of magazines, journals and websites:

Does the world need more polymaths?

When should statues be toppled?

Can we teach robots ethics?

Are we all racist?

Is a Jaffa Cake actually a biscuit?

Why do people swear?

The Myth of the Mob.

How chess kept one man sane.

My obituary of the late, great Derek Parfit

How computers have changed chess.

Reason and romance: The world’s most cerebral marriage. Derek Parfit and Janet Radcliffe-Richards believe that philosophy should guide behaviour. Their marriage shows that it can.

Out of thin air. Athletes are using more performance-enhancing technology than ever. But how much is too much?

Matters of life and death. Interest in “trolleyology”—a way of studying moral quandaries—has taken off in recent years. Some philosophers say it sheds useful light on human behaviour, others see it as a pointless pursuit of the unknowable.

The lion and the tiger. Armenia excels at chess. How did this tiny country become a giant at the game?

The age of enhancement. A cornucopia of drugs will soon be on sale to improve everything from our memories to our trust in others.

Philosophy’s great experiment. Philosophers used to combine conceptual reflections with practical experiment. The trendiest new branch of the discipline, known as x-phi, wants to return to those days. Some philosophers don’t like it.

The integrated school that could teach a divided town to live together. Can you solve conflicts between ethnic groups by forcing them to interact? A remarkable experiment is taking place at Waterhead academy in Oldham – and the results could change how we fight prejudice.

The begging bowl. British universities have a lot to learn about philanthropy – not least how to restrain its academic influence.

The professor whose entire output is shorter than this article

The Stone Reader: A Review. About a newspaper column that is a testament to the breadth of philosophical ideas and their relevance to how we lead our lives.

My posts can be found here.

The amazing story of Miss Simpson and her ‘children’

The world-beating link between the Talmud and the bishops. Jews and Chess.

Review: Endgame. The enigmatic Bobby Fischer, chess genius and primitive, paranoid bigot is the subject of a new, detailed biography.

Natan Sharansky — competitive, defiant and nobody’s pawn. ‘Don’t disturb me, I’m playing chess”. Natan Sharansky’s jailers took that as powerful evidence that he was going — or had already become — quite mad.